What Is A Plug In Hybrid Car (PHEV)? | Kia UK
Go to content

What is a Plug-In Hybrid (PHEV)?

Reasons to drive a Kia PHEV

There are plenty of benefits to owning a Plug-In Hybrid car, here are some of our favourites.

If you aren’t quite ready to go fully electric, a plug-in hybrid is the perfect compromise. You get around 30-miles of electric driving, but you always have the petrol engine for longer trips. 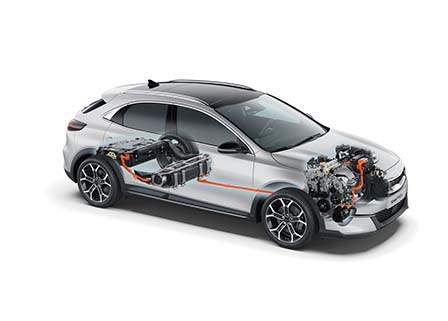 When in electric mode a plug-in hybrid produces zero emissions. As most of your driving will be on battery power, this is particularly helpful for improving air quality in urban areas. 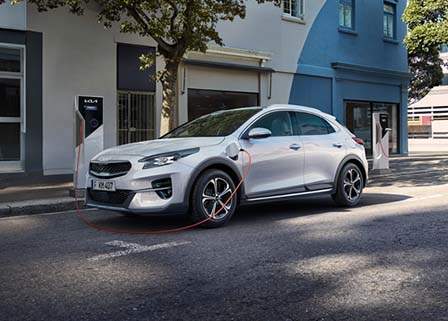 Electricity is much cheaper than petrol or diesel, so when running on battery power, your journey may cost less than a third of what it would in a combustion-engine car. There are tax incentives, too. VED is lower for PHEV drivers, and for company car drivers BIK tax is also reduced. There’s even a grant available that puts £350 towards your home charger. Vehicle eligibility and grant figure correct as at June 2020. UK sales only (excludes Channels Islands and Isle of Man). Grant scheme may be withdrawn and eligibility/amounts may change at any time without prior notice.

In the UK, the vast majority of electric car charging is done at home. This is usually the most convenient and cost-effective way to charge. Get home, plug in, wake up with a full charge. Brilliant! To charge from home, it is best to get a home charge point installed. A dedicated home EV charger will charge your car much faster than using a three-pin plug – up to three times quicker! It’s safer, too.

You may be eligible to receive a contribution towards the cost and installation (up to a maximum of £350) of a home wall box with the government’s Electric Vehicle Homecharge Scheme (EVHS).
READ MORE ABOUT CHARGING 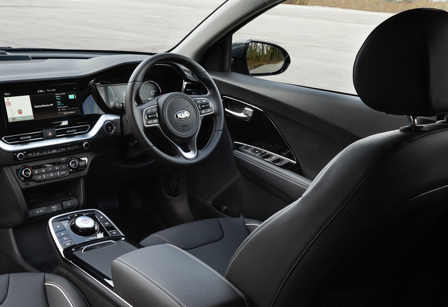 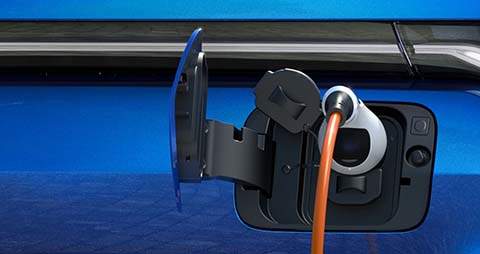 The Kia Niro PHEV offers a roomy, premium interior that’s brimming with technology, all in the body of a stylish crossover. It has an electric range of 36 miles – more than enough for most journeys – and achieves 201.8mpg, while producing just 29g/km CO2.
View model details

The radical crossover coupé is high off the ground, with a long bonnet and a fast sloping silhouette. 18" wheels enhance the athletic profile, while LED lights and 'Ice Cube' LED daytime running lights shine at the front. The sporty bumper and closed tiger-nose grille are both stunning and aerodynamically effective.
View model details

The epitome of luxury travel with comfortable seating for seven, premium materials and impressive high-tech equipment. Inside, the Sorento is brimming with technology – from large high-definition touch screens, to a comprehensive range of advanced safety features. All of which help make driving safe and pleasurable.
Find Out More
View the complete Electric & Hybrid range

There are certain situations in which the petrol engine will automatically activate even when the vehicle is in EV mode.  Examples could include: when the hybrid battery state of charge is reduced to a certain level, when acceleration demand is high and/or when it is required to heat up the cabin.

Two questions before you go...