What is a crossover in cars?

“A crossover refers to a vehicle that is built on a car platform but has an increased ride height with a higher ground clearance like an SUV, that can handle any terrain.” 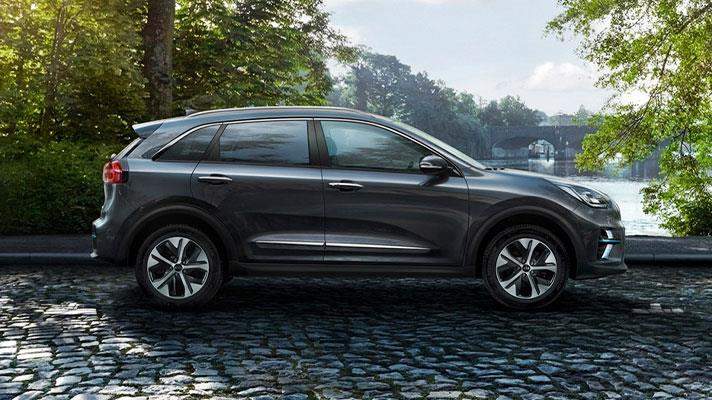 A crossover, as its name implies, refers to a cross between a car and an SUV. Nowadays, in the car world where most automakers have adopted the "we combine everything" strategy on their automobiles, crossovers swim upstream, incorporating the high seating of an SUV with the comfort of a passenger car.

Though a crossover is a relatively new type of vehicle in the automotive industry, crossovers are now considered a growth engine behind the worldwide car market, boosting sales and making a great profit. For several years, in the United States, consumers have continued to favor crossovers over other car types such as compact or mid-size sedans, mainly thanks to their relatively good fuel efficiency levels, as well as the higher seating positions of a truck. Now, the passenger vehicle constitutes over 40 percent  of car sales in America.

A crossover, an SUV-like vehicle built on a unibody construction, drives much like cars, making it one of the most popular car types for many buyers. A unibody design is essentially one piece of chassis that is rigid, thus allowing easier handling in all kinds of road conditions. Whereas, traditional SUVs use a body-on-frame structure where a separate vehicle body is placed on the ladder frame consisting of an engine and drivetrain. Hence, crossovers boast smoother handling, solid acceleration, and better fuel economy compared to their SUV counterparts. In addition to these advantages, most crossovers provide all-wheel-drive, which allows the already nimble crossovers to be even better at agile driving.

Many people find it tricky to distinguish a crossover from an SUV by their appearances. Since the dawn of the crossovers, which dates back to the 1990s and 2000s , the line between a crossover and an SUV has blurred significantly as both terms have been used interchangeably. It is partly due to manufacturers producing compact crossovers and labeling them as small SUVs or many vehicles on the market that could be either an SUV or a crossover, making it confusing for consumers. But, it's important to remember a true SUV utilizes a truck chassis, giving it an edge over crossovers when it comes to off-road adventure and towing. Also, keep in mind that their looks can be a key differentiating factor: an SUV has an image of being excessively large and a bit dull looking, whereas a crossover has a much more attractive image without being a gas guzzler.

Since crossovers are often packed with performance capabilities, including easy maneuverability and swift acceleration, consumers are likely to be confused as to which should be a top factor when purchasing a vehicle. Here, we laid out some crucial factors you should consider before deciding to buy a crossover.

Those who don't need off-road capabilities much but still prefer lofty seating can greatly benefit from crossovers with a lighter design. Though experience still shows that crossovers consume more fuel than their regular car counterparts, as time has gone by, we have seen the difference between them is getting smaller all the time. With new crossover models are becoming smaller and lighter, it also plays a role in increasing fuel efficiency. Meanwhile, with an SUV-like tall body, they provide a powerful look and greater cargo capacity, which is a huge plus for many.

Many of the latest SUVs have a sleeker, more chiseled look than ever, as more people are opting for cool-looking vehicles while turning down the boxy, bulky style of the traditional SUVs. Accordingly, many crossovers these days are doused with the excitement and performance of a sports car, making driving the vehicle a fun experience.  In addition, these crossovers offer elegantly styled interior and ample room as well as safety features, catapulting themselves to the luxury vehicle segment.

With the substantial growth of the crossover market, it is now hard to find a crossover that doesn't come with all the impressive bells and whistles these days. Nonetheless, what you should make a top priority among all of those features is driver assistance systems, such as blind-spot warning, lane-keeping assistance, automated emergency braking, etc. These advanced driver assistance technologies are designed to make your driving safer and keep you on your toes for any nearby hazards. Moreover, there are plenty of crossovers equipped with safety-minded features that can play a role in preventing crashes or providing protection when needed, so going with one of those vehicles would help you stay safe on the road.