What happened at the KIA LUCKY DRIVE TO SEOUL?

What happened at the KIA LUCKY DRIVE TO SEOUL? 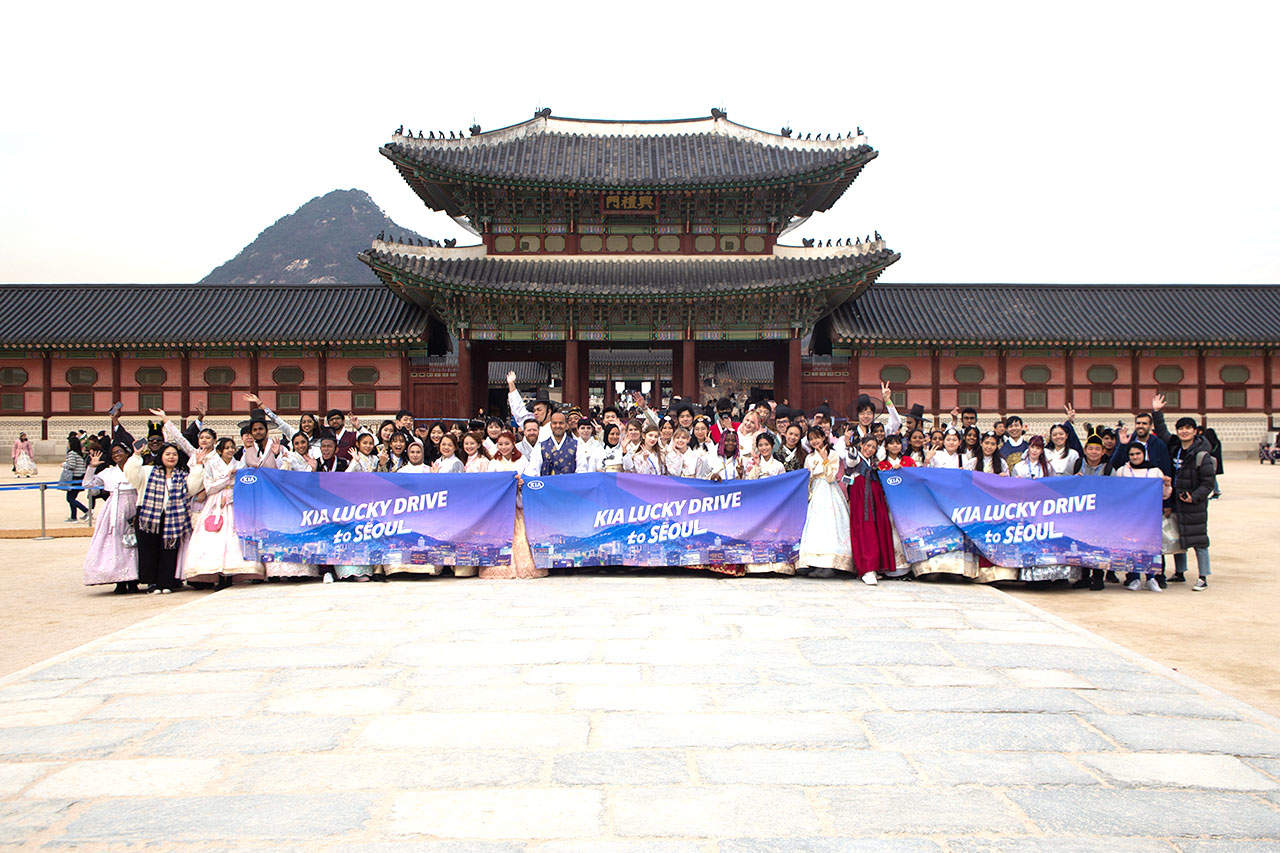 Around 90 winners from 19 countries who have made their ways through a tough competitive rate of 150:1 have visited Korea for 4 days and 3 nights. On their first day, they showed great excitement and expectations while getting briefed about the tour schedule in their hotel in Myeong-Dong, the popular shopping district of Seoul. They spent the first day tasting the renowned Korean dish ‘Bibimbap’ and ‘Samgyeopsal(Pork belly)’, and shopping in the fancy shopping district of Myeong-Dong.

The second day was the beginning of the long-awaited main events. Before the regular program, it had opened with orientation in “Just K-pop” as known as special restaurant of K pop theme. In this time, it made more intimated with Kia brand and all participants and watched special dance performance as having course lunch time.

Continually, the second day’s schedule consisted of K-culture Experience programs and the exclusive BLACKPINK fan event. There were 3 K-culture Experience programs winners could choose from; namely K-beauty (Make-up) class at the renowned JUNO HAIR beauty franchise, K-pop dance class led by the dancers of YG Entertainment, and City tour. The winners divided into three groups after lunch and participated in the program they have chosen, enjoying the city of Seoul and the essence of K-Pop at its fullest with the help of top-class industry professionals.

Once the K-Culture Experience programs were over, the participants assembled at BEAT360, Kia’s brand experience space located in the luxurious downtown of Apgujeong-dong, Seoul. They were given a short briefing about Kia’s brand history and latest achievements and were allowed to experience the full line-up of Kia vehicles from Seltose to Stinger as well as future technologies through an interactive exhibition. Right after that, the BLACKPINK fan event took place.

The BLACKPINK fan event, which was one of the most anticipated events of the winners, was a joyous gathering of BLACKPINK and their global fans; when BLACKPINK entered the hall, loud screams and fan chants exploded out of excitement and sustained until the very end. The event started with a brief interview and was followed by the fan-signing session, in which BLACKPINK members actually greeted and talked with their beloved fans one by one. The fan event came to an end with a lucky draw, but a group of passionate BLINKs (BLACKPINK fans) among the winners came together and performed one of BLACKPINK’s dance routines they have learned from the K-Culture Class voluntarily, closing the event in an exciting mood. Many K-pop-loving winners mentioned that the event was undeniably a ‘dream come true’.

On the third day, many of foreigner influencers who are one of the winners, got an opportunity to drive Kia’s Seltos around Seoul and experience the excellence and dynamic energy of the Kia vehicle. Meanwhile, the winners started a tour around Insa-dong and Gyeongbokgung, the royal palace located at the busy city center of Seoul. The winners walked around the antique streets of Insa-Dong and enjoyed the essence of traditional Korean culture, including Korean traditional tea, desserts, architecture, and many more. Moreover, the winners could wear traditional Korean outfit called ‘Hanbok’ while they toured around Insa-Dong, completing the experience. Walking around Gyeongbokgung in Hanbok, they could feel as if they went back in time to the Ancient capital of Seoul. 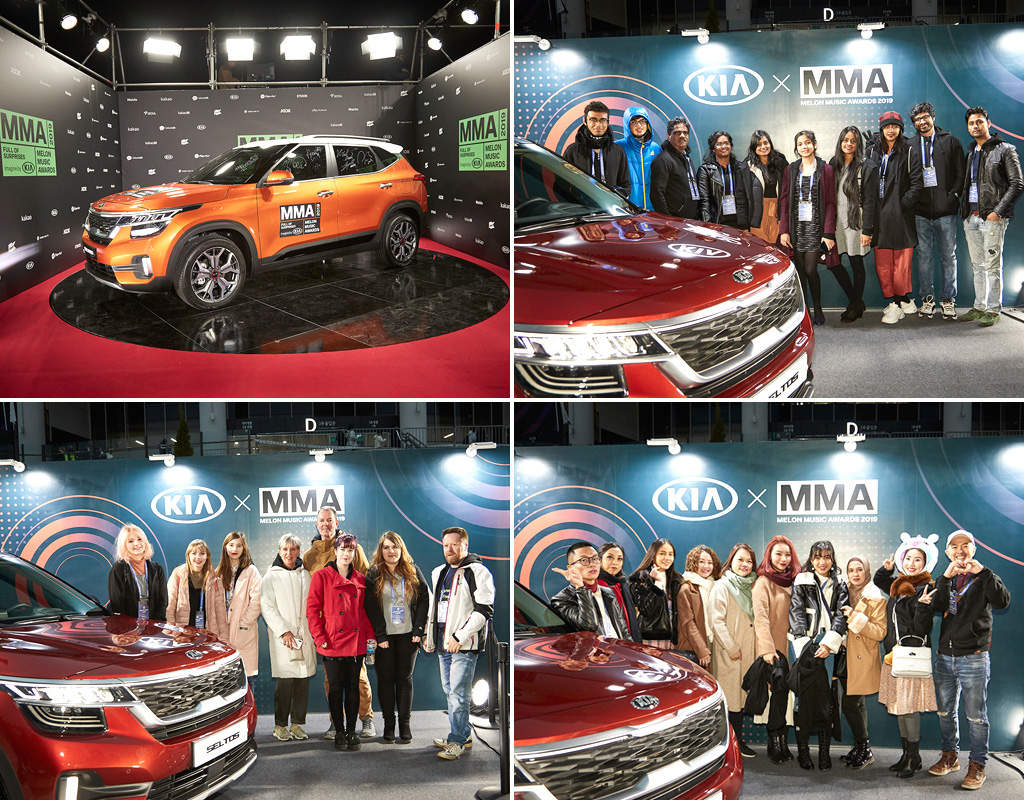 As the very last event of the tour, the winners went to see the MMA (Melon Music Awards) 2019 awards ceremony, which is one of the most prestigious K-pop awards ceremony held annually. Seltos also stand out in part of the ceremony. Seltos displayed among the flowed K-pop fans, and they certainly enjoyed with Seltos and Kia’s events own their zone. Moreover, our influencers and participants had interview about test drive with Seltos, and attendance MMA and so on. Then autographed ceremony from the many of artists in the red carpet on the Seltos. The MMA2019 took place in Gocheok Sky Dome, and several chart-topping K-pop stars like ITZY, MAMAMOO, TXT, BTS participated in the ceremony as nominees and performers. The 4-hour ceremony was an extravaganza of K-pop performances, the highlight of which was BTS’ spell-binding performance. The winners could witness the allure and excitement of K-Pop and make a once-in-a-life-time memory.
The winners gifted with unforgettable memories of 4 days showed gratitude for having them and letting them experience the trendy and dynamic K-Culture as well as the Kia brand. 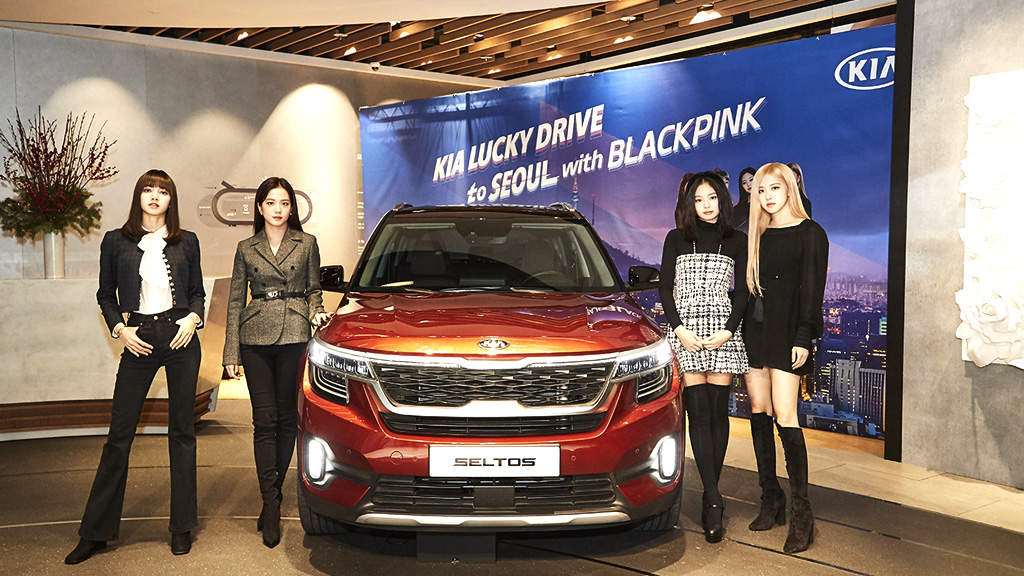 A. Hello, we are BLACKPINK.

Q. Please tell us how you feel about today’s event.

A. I’m so exciting to see my Blinks who are from several countries in Seoul 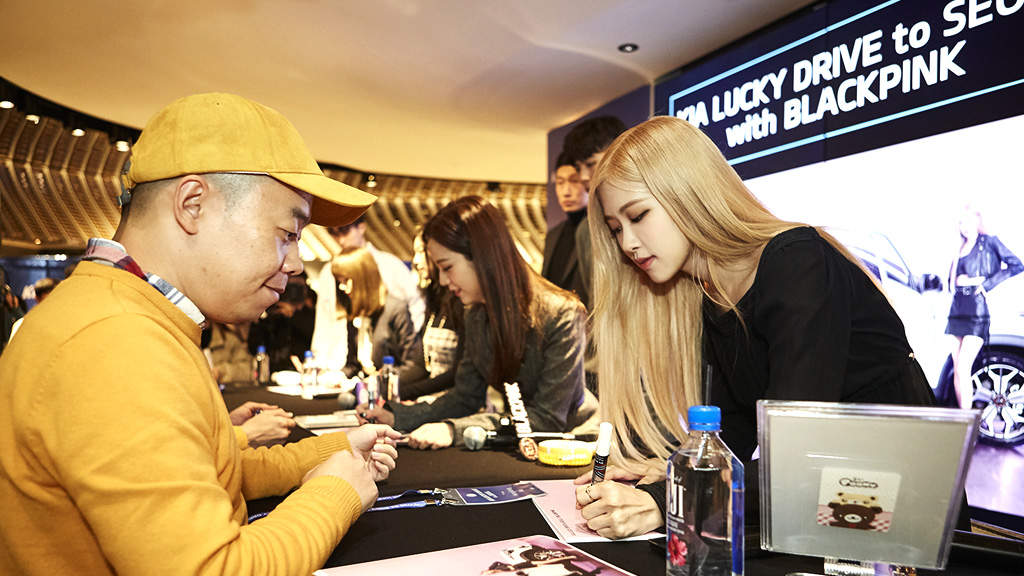 Q. You’ve promoted Kia Motors through various activities including the World Tour, as global ambassadors for over a year. How was the experience?

A. We were lucky enough to hold our very first world tour this year in Asia, North America, Europe, and Australia with the support from Kia. It was a crazy experience performing and meeting all of our fans around the world and we’re very grateful to have shared this whole experience with kia.
We still have many more collaborations coming up with BLACKPINK and Kia, so we hope everybody stays tuned!

Q. You starred in the new Kia Seltos commercial. How was it?

A. We really enjoyed shooting the commercial.

Actually, we saw the Seltos for the first time during the shoot, and it looked very stylish and sporty.

We are really happy to see our fans enjoying the Seltos commercial~!

Q Many people are eager to know what BLACKPINK will come up with next. Please hint us what we should expect.

A. We'll be back soon with a new style and music so please stay tuned!! We miss you!