What is an anti-lock braking system?

“An anti-lock braking system (ABS) prevents wheels from locking up and cars from skidding when the brake is harshly applied, especially on slippery road conditions, guaranteeing safer driving.”

The purpose of the anti-lock braking system (ABS) is to provide safety to drivers by reducing the chances of wheel lock and preventing cars from skidding during heavy braking. When the brake is applied harshly on a vehicle, its wheels get locked up. Once locking up occurs, cars are no longer able to move, causing drivers to lose steering control over their vehicles. An ABS serves to keep drivers from dangerous situations arising in the wake of losing control.

1.     The quick response of an ABS makes effective braking possible, allowing drivers to maintain their control over their cars even when the brake is already applied.

2.     An ABS considerably reduces the chances of skidding during harsh braking. For example, suppose only the right rear wheel passes through a puddle on the road. The ABS detects the change in road surface conditions in a flash by using the speed sensor located on that wheel. Then, the ABS pump kicks in to restore the pressure within the right rear wheel and, in turn, balances all four wheels.

3.     An ABS also plays the role of controlling traction. On wet or snowy, slippery roads, cars seem to skid even with normal brakes, which is caused by a drop in the tire's friction coefficient. If the wheel locks due to hard braking under such road surface conditions, it can lead to a dangerous situation. An ABS can prevent locking up by applying and releasing the brake more than ten times a second and provide more traction control.

4.     An ABS can help deter accidents by using advanced technology that can warn drivers about dangers and swiftly stop the vehicle when a collision with another car or object is expected. 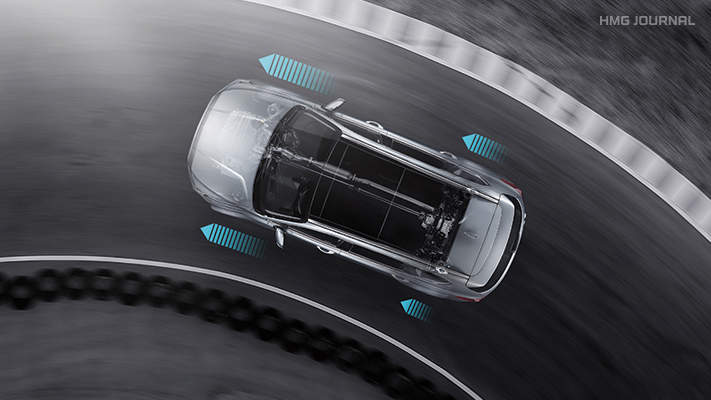 HOME
What is cruise control?
Is an all-wheel drive good in the snow?